You are here: Home / Discover the Island / César Manrique 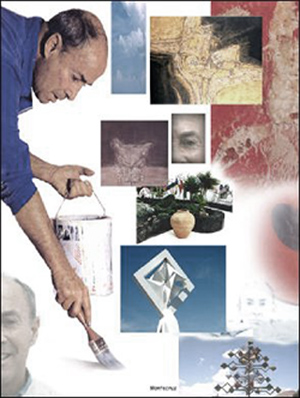 César Manrique (1919-1992) was born in Arrecife, Lanzarote, the island where his career has left indelible marks. After completing his studies at the Academia de Bellas Artes de San Fernando in Madrid (city where he lived between 1945 and 1964), frequently sets his painting both inside and outside Spain. Participates in the XXVIII and XXX Venice Biennale (1955 and 1960) and at the Third Hispano-American Biennial of Havana (1955). In the first half of the fifties, enters non-figurative art and investigates the properties of matter to make it the essential character of his compositions from 1959. “It relates well as other Spanish artists such as Antoni Tàpies, Lucio Muñoz, Manuel Millares … – informalist movement of those years.

He travels throughout the world and in 1964, he moved to live in New York. The direct knowledge of American abstract expressionism, pop art, the new sculpture and kinetic art, visual culture provided a key to his subsequent creative path. In New York, presented individually on three occasions in 1966, 1967 and 1969 – at the Catherine Viviano Gallery. 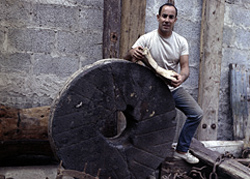 In 1966, Manrique returned to Lanzarote definitively. On the island, which then began its tourism development, promotes a model of intervention in the territory in terms of sustainability which sought to safeguard the natural and cultural heritage island model that was decisive in the declaration of LanzaroteBiosphere Reserveby UNESCO in 1993. During his early years in the territory of his birth, was a key understanding with the then president of the Cabildo de Lanzarote, José Ramírez Cerda. The importance of this duality has been recognized posthumously with the declaration of the island’s favorite sons in 1995. Thanks to this synergy, has the main Lanzaroteart and natureManrique: Water Jameos (pictured on the left, the start of construction in the mid-60), home of Tahíche, today houses the Cesar Manrique Foundation, “Mirador del Rio, Cactus Garden… 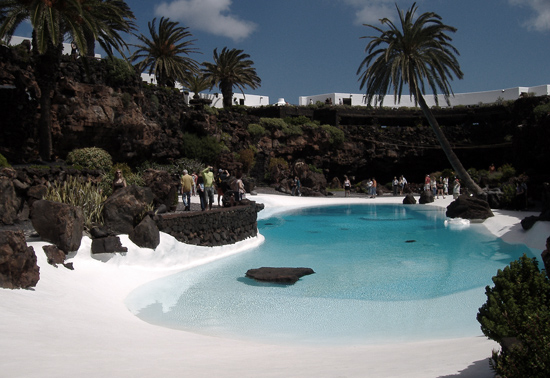 Manrique and captured not only devised a model of intervention in the territory in terms of sustainability which sought to safeguard the island’s natural and cultural heritage. He also served as a social activist when he understood, in the early 80s of last century, the craft could be diverted Lanzarote key sustainable. His famous manifesto stop Moment (1985) served as a guide in the mobilizations in defense of the territory is spread on the island in the late twentieth and early twenty-first. He participated in demonstrations against the misappropriation of island shoreline (see photo below) and encouraged compacts for territory between the insular political class. 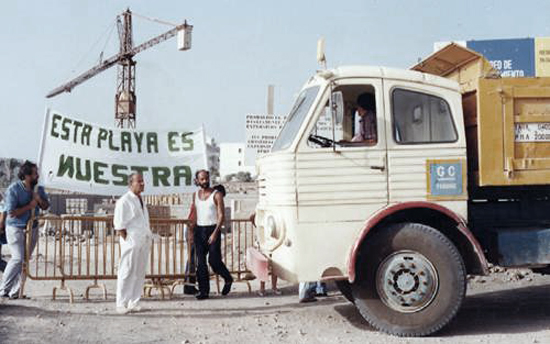 César Manrique died in a traffic accident on September 25, 1992, near the headquarters of the foundation that bears his name, opened in March of that year, with Her Majesty Queen Sofia as president of honor. Since then, the César Manrique Foundation , headed by Jose Ramirez and directed by Fernando López Aguilera, kept alive his work and thought.

The work of Manrique in Lanzarote