Puerto Del Carmen is the oldest tourist resort on the island. With over 40 years in the industry, the first pubs and clubs of this era formed the first circuit of Lanzarote´s night crawl. As today stands there are two major nightlife areas, the plaza of El Varadero which is in the town of La Tiñosa and the Avenida de Las Playas. 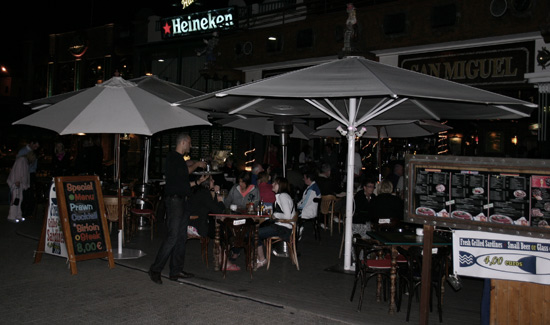 The town square, connected to the fishing port, is a peaceful part of Puerto Del Carmen. Completely sheltered from the wind, the night is perfect for either tapas, a dinner at a nice restaurant or a round of drinks on the frontline sea terraces. The San Miguel Brewery has remained a hot spot for years and still is, therefore is an excellent starting point when out for a local drink. It is lively and has a varied music background such as: pop rock, house, disco and the classics from the 20’s. Nearby although with somewhat less atmosphere you have the Heineken bar. 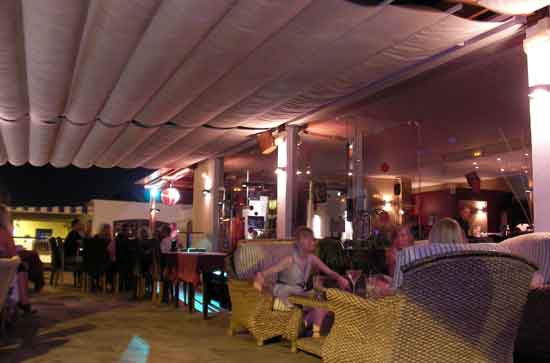 The bustling boulevard of Puerto Del Carmen is right on the border of the majestic waterfront and unfolds a myriad of pubs; Café Del Carmen is a particular favourite as it is a café bar that creates varying vibes. The night starts by listening mainly to disco music, but also a bit of funky, chill out and pop. Also we would like to mention the hard work that goes into the kitchen to prepare that special evening meal.  Many residents opt to enjoy a dish from the menu and then go on to enjoy a drink on the terrace.

However, as we prefer to start the night off with either some live music, a concert or even some rock and roll then why not visit Charlie’s Live Music bar, here you have it all! Pints fly as the chords of the great classics of rock and roll are played, here you will have time to listen to the Beatles, Rolling Stones, The Doors, Joplin, Hendrix, Simon and Garfunkel, Dylan, Guns N Roses, U2, Led Zeppelin, Bob Marley, The Police and many others who have had an impact on our lives.

Now well into the morning, the night is focused around Playa Grande. Ruta 66 is a well liked open promenade terrace. If it wasn´t because we were next to the beach, under some palm trees or beneath a sky full of stars as we would be here, we would be enjoying a drink in London’s Soho or in the Dublin Bar. There is a small dance floor where mostly disco and pop music is played. 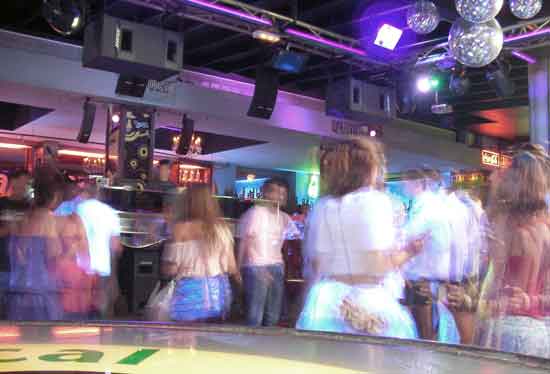 For those that can hold out the night that bit longer into the early hours of dawn must visit our two disco bars. In our opinion, the best party environment is in the disco bar Tropical. Settled in fine decor and fantastic illumination, the dance floor is scattered with youth. The dj mixes disco tunes according to the party atmosphere with the latest and most frequent music beats being that of both disco and techno. The atmosphere at La Tropical is that of the youth of Puerto Del Carmen. On the same strip is the disco bar 928, another which opens until the early hours of the morning. 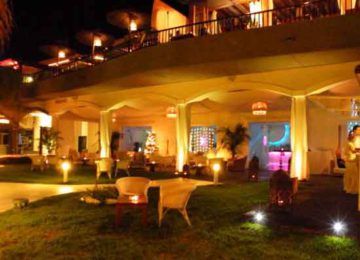 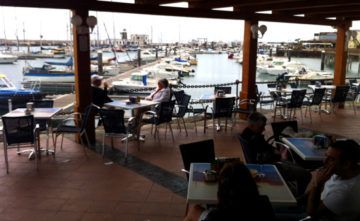 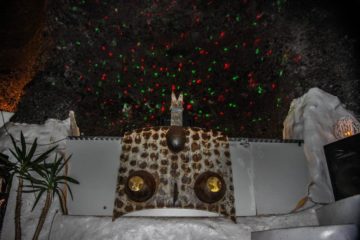 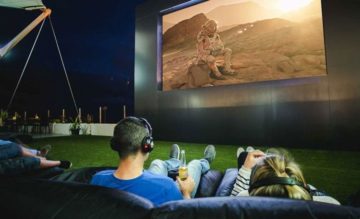